Published by Gussie Bartlett on February 18, 2018 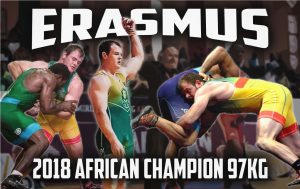 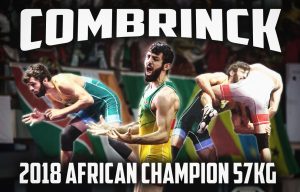 What a performance from our Seniors at this year’s African Championships! With the first taste of Senior Gold since Heinrich Barnes last took the top spot on the podium in 2009!  Martin Erasmus made it clear this year that his formidable opponent from Nigeria’s Soso will not deny him a gold again by beating him twice in one competition. KleinJan Combrinck also took top honors this year.  With both these wrestlers in the Team South Africa Commonwealth Games team we can expect some fireworks on the mat at the Gold Coast aswell.

The Freestyle seniors managed a spectacular second place at this year’s championships: 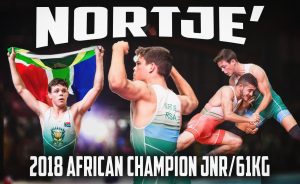 The Junior team fended of very difficult conditions in a extremely long day, with all categories wrestling on the same day in n hot humid hall, with two wrestlers in the finals Edrich Norjte taking top honors and Matthew Bartlett just missing out bringing back a silver medal 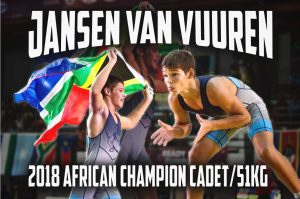 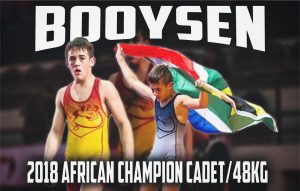 For the third year in a row Team South Africa​ Freestyle Cadets showed that they are the best on the continent and a force to be reckoned with!

With 2 gold, 2 silvers, 4 brons and a fourth place the overshadowed the rest of the continent cadets and took the first place in the team event.

The Greco Roman Cadets places fourth also very good considering we only entered half a team. They took 1 silver and 4 brons medals.

Fernando Booyens took Gold again this year, the only SA Cadet to qualify for the Youth Olympic Games​, we eagerly await the announcement of the TeamSA!

Rubin JV Vuuren a 15 year new kidn on the block one the second gold medal and is a youngster to follow!