It was in February 1975 when Manie started at Unicor Wrestling Club in Evander, (South Eastern Transvaal) Mpumalanga as a parent with his son Johan van den Berg starting out as a wrestler, age of 5 years.

He became involved in wrestling administration almost immediately and during the club’s April 1975 Special General Meeting, Manie was elected as Chairman of Unicor Wrestling Club, a post that he held for 20 years.

Manie and his team at the club ran it like a well-oiled machine and the club soon became the Champion Wrestling Club in South Eastern Transvaal (now Mpumalanga) and held this title for many years to come.

In 2013 Manie was elected as Vice President of the African Wrestling Federation. 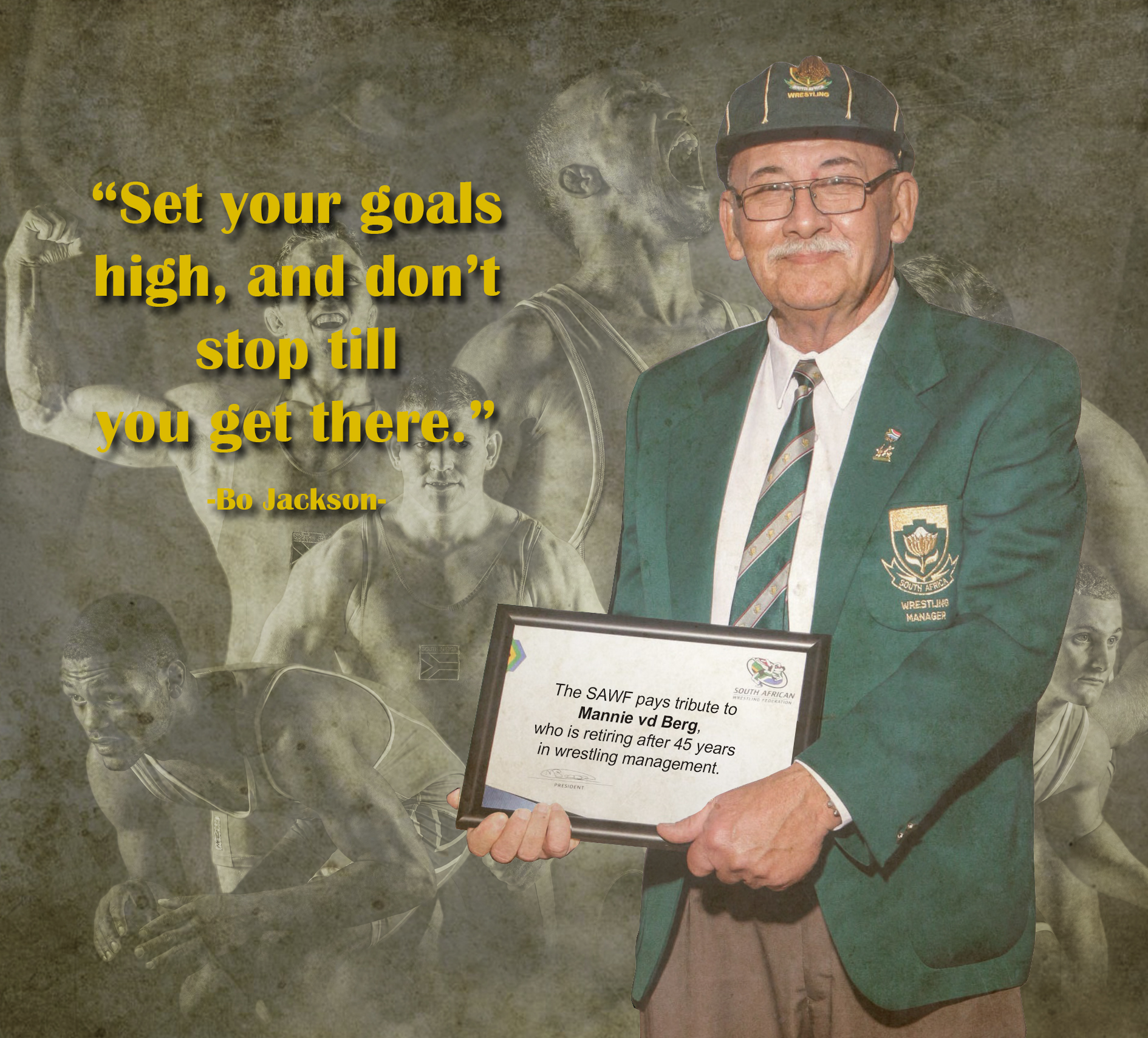 Management of the sport was not his only interest, he wanted to do more and in 1978 Manie registered as a Referee, Coach, Team Manager and Admin Official.

Manie the Admin Official
Manie was comfortable and firmly in place everywhere he got involved in Wrestling but he found his ultimate passion as an Admin Official. He was a pairing official at many South Eastern Transvaal and Mpumalanga Competitions and soon became a National Admin Official doing duty as a pairing official and ensuring that many Club, Provincial and South African Wrestling Championships ran smoothly. No doubt the highlight of his Admin Official tenure was the World Cadet Wrestling Championships – Greco-Roma in 1998, where he was head of the local organizing committee for the tournament, the success here lead to an opportunity to become and International Pairing Master, a first in South Africa. He was a Pairing Master for 14 years and headed up a number of international competition that was held in South Africa.